Our next destination - Portugal

That's right, quite a distance to kill across the desert-like landscape of Spain. With temperatures over 40&degC (104&degF) by midday we were simply frying. We could not stay in our leathers for long, so we took off the jackets leaving the body armour on. The distances seemed huge with not much traffic on these roads. Once I found myself wondering if we could manage to the next fuel station. The plus side was that the VFR was not using too much fuel in these temperatures but it was probably one of the hardest parts of the tour for us. Not only the heat but nowhere on the horizon to stop and rest. Luckily, following the N430 route, we had found some fresh water to jump into and cool down for a bit. 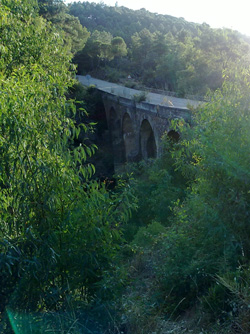 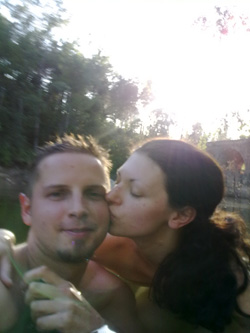 We rode for over 10 hours that day, our record so far, not that we'd like to break it ever. We had to stop for a night after crossing the border with Portugal and we were desperately looking for somewhere to sleep. It was already dark and I could not do any more miles that day. It was almost like testing our own limits and endurance. We would never attempt doing it again in one day.

The following morning we set off to our destination campsite just outside Lisbon. Although we did not see any other bikers on this campsite, the people were very warm and welcoming. With the record long distance killed the previous day and the fantastic Portuguese people we decided to stay for 3 nights. The location was perfect, only 20 minutes ride to the city centre and a short walk to the beach. The local supermarket was also close by with a good variety of fish delivered daily. 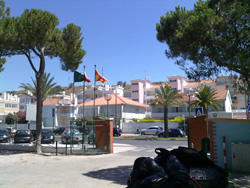 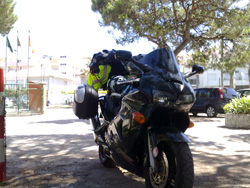 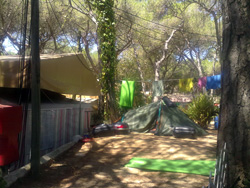 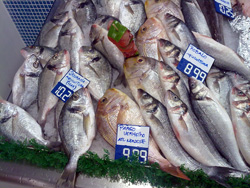 The campsite was actually very popular. With its own bar and kitchen they served cooked meals three times a day. The food was fantastic and you could have a decent meal without spending much money. One night after dinner, just as they were about to close, one lady from the staff brought us a piece of cake each. We were quite puzzled and explained that we did not order it. She explained in Portuguese (that we didn't know a single word of by the way), with gesticulations, that this is a gift and we did not need to pay for it. Well, neither of us needed much convincing when cakes were being given away, so we kindly thanked her for it. It must have been the last day when the cake was good but it wasn’t good, it was wonderful!

Those days were long and lazy and that's how we wanted them to be, mostly spent on the beach and in the dining area but eventually, we made our way to the city centre. The VFR also had a rest for a couple of days. 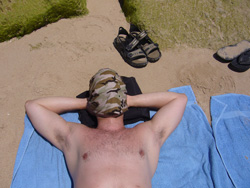 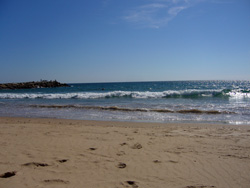 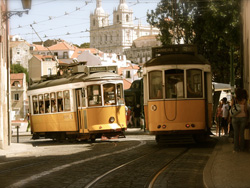 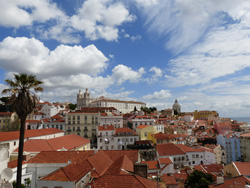 Although we did not intend to spend much time in the city, Lisbon turned out to be our favourite European city so far. No other city has this magical and historical feel. It is one of the oldest cities in the world even pre-dating London, Paris and other European capitals. Lisbon is known for the yellow trams, the locals call them ‘Americanos’ as they were originally imported from USA. We must go back there at some point, not necessarily on the motorcycle though. Many roads are cobbled, or what you may call, made from Belgian block, so they felt quite bumpy and slippery, especially if you don’t change your preload after taking the full luggage off.

A Moment of Horror and Rescue

As we were going back to our campsite, we stopped for fuel. Nothing unusual really until I went to turn the bike keys to start the engine. There was no response from the machine. No lights on the dashboard either as if it had decided to go to sleep. A cold sweat on my forehead, thinking we couldn't have been any further away from home now. What the heck? Then the light on the dashboard comes up and then goes off with the keys in the 'on' position. An electric fault I thought. It wasn't long before a well-dressed, business type of guy gets out of his posh, brand new Mercedes, looks at the fault and suggests that the connection on the battery may be bad. I instantly remembered when I had to reconnect the satnav to the battery as we arrived in Rotterdam. Luckily, I still had the screwdriver under the seat and indeed the battery screws had come loose, probably after those shaky roads we had ridden on that day. That guy (the last person you would expect to bother) stayed with us until we tightened the screws and the machine was alive again. He was a hero and we were back on the road in no time to our campsite.

Our next destination was the north coast of Spain. We wanted to see a little bit of the country so we followed the N1-IC2 road. This proved to take too much time, so after we passed the city of Porto, we joined the E1 motorway to kill more miles in less time. Soon after we hit a dreadful thunderstorm. The rain was tremendous and the roads became flooded in no time. Luckily, we had noticed the thunder from a distance and managed to stop to put the rain suits on just in time. I really dislike rain of this kind (to say the least) when I'm on the bike. Not only do you lose confidence in your tyres but the visibility becomes difficult. Luckily, it did not last long.

The next couple of nights we spent at a campsite in the North-West corner. We enjoyed the time, mainly relaxing on the beach and in the evenings doing some forest walks. 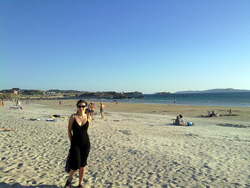 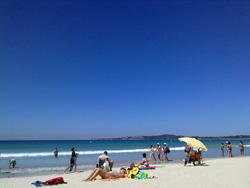 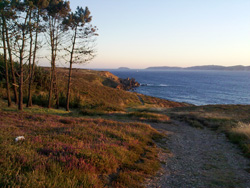 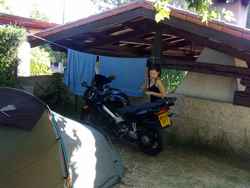 We then followed the picturesque N634 and A8 road on the North coast. The roads and views were fantastic with more biker friendly temperatures. We made our way to the East to eventually arrive in Laredo, a small town 25 miles east of Santander. Laredo has a beautiful bay and the warmest water to swim in. By comparison, the Atlantic waters on the Lisbon coast were cold like the Baltic Sea!

We stayed for a couple more nights, enjoying the lovely summer and recharging our batteries for the journey back up to the North. It was really difficult to think that we needed to be going home and the nearly three week’s journey seemed to have gone so quickly. 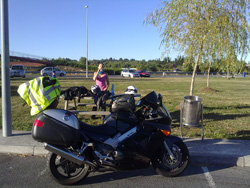 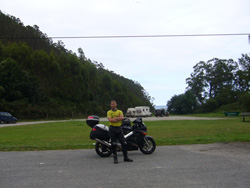 We will definitely do it again but maybe choose not to ride through the middle lands of Spain. Staying on the coast is best and the North coast has what every biker needs: beautiful scenery, good roads and the air not too hot to ride comfortably. The best parts of Spain are surely the north coast and the Pyrenees, no doubt about this. I must admit though that I had enjoyed myself a lot when riding through the southern parts of France, as if flying through the hills along A75.

In terms of places to see on foot, Lisbon has gained the biggest score. I'm not going to ignore the fact, that no other nation so far, had made a better impression on us than the Portuguese people. Also, the quality of food was fantastic and I’m not talking about the cake we ate, which was beautiful by the way, but the fresh food you get in supermarkets, absolutely the best. No wonder Portugal will always remain on our list of top destinations. 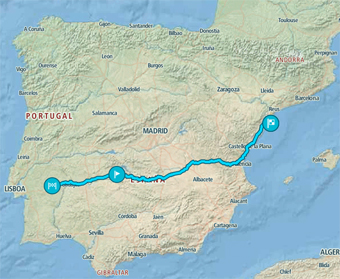 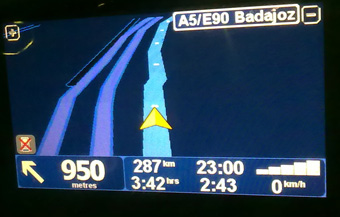 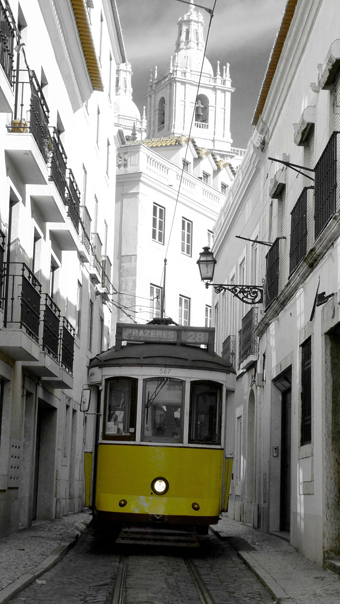 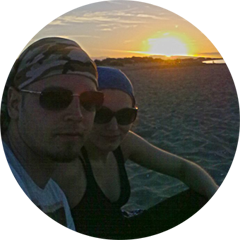