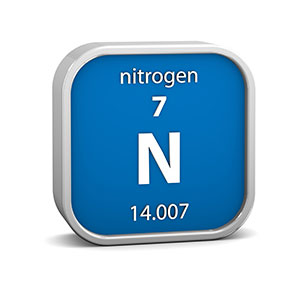 What difference would it make to put pure nitrogen in motorcycle tyres? You may have heard this at school that air is made of 78% nitrogen anyway so will this give me any advantage? This, still as one of the most controversial topic in tyre world, does not seem to reach a definite conclusion so we have decided to explore it here.

If you did a little bit of research on this, you may have noticed that part of community supporting the usage of nitrogen in motorcycle tyres actually sell the nitrogen. Well, nitrogen generators are not free and someone has made the investment for a reason. Knowing that air is free let see what benefits nitrogen can bring.

Nitrogen in motorcycle tyres maintains the correct pressure for longer

Well ok, you may now believe that nitrogen in motorcycle tyres will give the advantage of not so frequent checks that the air inflated tyre would need. It is just a question on will this be worth it considering the less frequent pressure tyres checks? I guess, that depends on how much you're paying for nitrogen.

Some have argued that using nitrogen in motorcycle tyres would reduce the ability for the tyre to warm up quickly enough. This is nonsense to me. The change in temperature of your tyre originates from friction between the tyre and the road, tyre compound and the sun’s radiant heat. Bear in mind that all gases expands when heated by approx. 1 PSI for every 10F (or 5.5C) change. The key factor in using the nitrogen is that compressed nitrogen contains much less moisture than compressed air.  With the increase of temperature the moisture vaporises and expands causing the pressure to rise. This results in swings of tyre pressure and so the tyre profile with temperature, when inflating with not dry air.

Another argument that I hear a lot is that air is more corrosive than nitrogen. Agree, it is, but I don't know anyone who had to actually change their tyre because it corroded from the inside, do you? The tyre would be long worn before the oxygen in air will cause any significant corrosion (rubber decay). In addition, nobody seems to be bothered about the air outside when they bring that corrosion argument forward.

Nitrogen has been known in aircraft tyres for some time now. Naturally you would like this solution for your motorcycle but bear in mind that in aircraft the tyres are exposed to temperatures below -40C. This would freeze the moisture inside the tyres and cause vibration on landing.

From the above article you can see that nitrogen in motorcycle tyres can bring you some benefits, namely the reduced rate of pressure loss (30%) and stability of pressure with temperature. How big the benefits are for you and your style, I leave it to your judgement.