In 1996 Honda CBR Blackbird is launched in the response to Kawasaki ZZR1100 and Suzuki GSX-R1100 as the Honda CBR 1000F was never the king of its class.

The Blackbird quickly gained the name of speed barrier breaker thanks to its power and magnificent construction. It used to hold the record as the fastest production motorcycle until the 1999 when Suzuki Hayabusa was introduced. Soon after Kawasaki ZX12R bit the two motorcycles. Fortunately, Honda turned out to be much better in many tests for every day usage and therefore since 1999 the Blackbird started to improve things towards sport touring rather than speed records, which we’re very glad for. 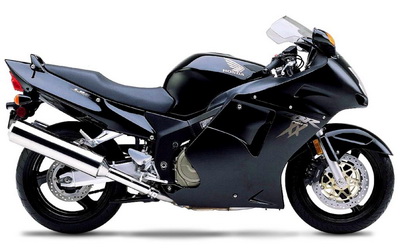 The major changes included fuel injection, Ram-air system, linked breaks and bigger tank. The body has remained the same for all these years owing to its perfect design in the first place with the help of wind tunnel. Despite its large dimensions it feels quite slim. It remains one of the most reliable motorcycles out there. The high price of high millage examples reflect that. Models 2001 onwards feature new digital instrument panel and taller screen. Also the power was lowered from 164 to 150bhp in 2000 and then to 152bhp in 2001. This resulted in lower maximum speed which was of no use any way.

Honda CBR Blackbird engine is in-line four and is a conventional layout but it works well creating low down power, strong midrange and a top explosive end that takes up any straight in seconds. Twin balance shafts mean it's so smooth that can be rigid mounted making the Honda CBR Blackbird lighter and stiffer overall. Sure handling, super sports suspension systems and responsive Dual Combined Brakes, all of which contribute to its perfect control. It main features include:

It is a heavy motorcycle but owing to its very low center of gravity and its suspension handling is outstanding and will satisfy most of the experienced riders. It is a large motorcycle too which can be misleading when you watch it on photos. You would normally expect Honda to put all this horse power in relatively small frame. But you may be surprised when you approach it. Certainly, Honda CBR Blackbird is not a motorcycle for a newbie. You should not buy it if you just learning as this bike will not help you to gain the confidence you need and may scare you if not handled properly. 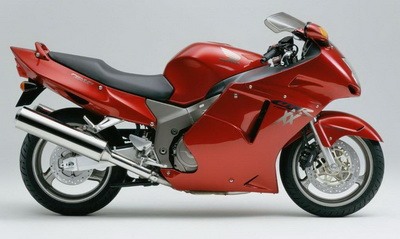 No matter whether you get version with carburettor or injection or whether you got the 164 or 152bhp, the power is released nice and steadily without any sudden moments. If you want you can wheelie from the second gear just by opening throttle but the bike will do it in the way that you may not notice the effect.

The Blackbird has got relatively long wheel base (1490mm) and slacker rake angle which makes the bike very stable at speeds as well as provides the stability in all sorts of turns. However, it may feel hard to turn due to the slacker rake angle and long wheel base. This makes the Blackbird not as responsive as lighter sports bikes. It is at the end of the day a big, sport tourer.

The steering can be improved by making the rake angle a little steeper, obviously. This is accomplished by increasing the rear ride height, which you will get when you install a spacer or a shim of 4 to 6mm height on top of the shock mounting clevis. The procedure is:

This is very simple 10-15 minutes job to get more steering feel from your Blackbird!

In towns is quick and flexible. High position of mirrors allows you to squeeze between cars but you’d need to remember that Blackbird is wider at the back due to its quite large silencers. On motorways is even better, its conventional but perfect suspension makes long journeys in a decent speed to be a pleasure. The comfort is easily improved with a use of handle bar risers and a taller windscreen as the original seems to be a little short and low. Position of the rider is ergonomic and not tiring allowing easily change from standard to more sporty position. There is enough space for two on the very well profiled seat. The only downside is that the passenger foot pegs are installed quite high making the position not the most comfortable on longer rides.

Luggage does not come as standard on this bike but, Honda CBR 1100 will easily fit large cases as in the example shown in the hard luggage section and on the picture below. 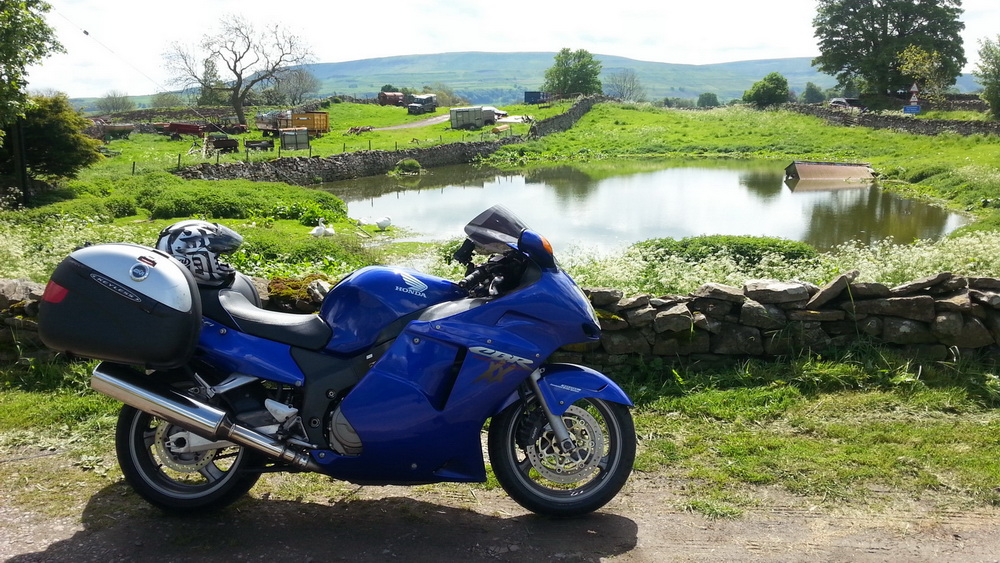 All in all the Honda CBR Blackbird build quality is better than pretty much anything out there on two wheels and for an experienced rider this might be the choice that you'll not want to give up.

Do you own or have you ever owned Honda Blackbird?

What Other Visitors Have Said

Click below to see contributions from other visitors to this page...

CBR1100xx sports tourer  Not rated yet
In a nut shell the cbr1100xx is a well made super reliable easy to ride mile muncher. My bike is a 2000 FI model with 23lt fuel tank and I did the 6mm …

CBR1100xx Sports Tourer  Not rated yet
In a nut shell the CBR1100xx is a well made super reliable easy to ride mile muncher. My bike is a 2000 FI model 23lt fuel tank I did the 6mm shim mod …